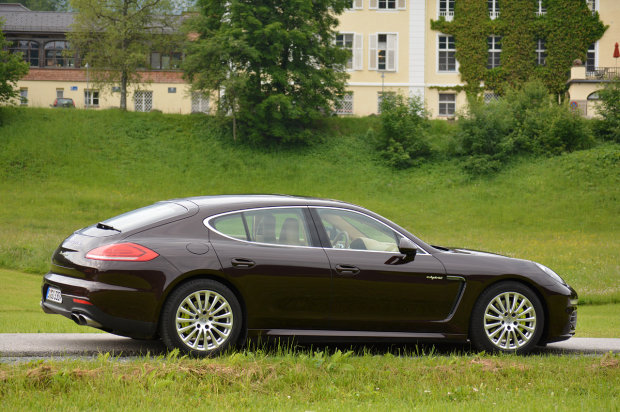 The Porsche Panamera S E-Hybrid goes on sale later this year, and according to Automotive News Europe, Porsche is hoping to sell 10,000 of the plug-in electric vehicle. 10,000 E-Hybrids would equal about 10% of all Panamera sales during the model’s life cycle.

Porsche is expecting better sales because of the model’s improved fuel efficiency. When compared to the non plug-in Panamera Hybrid, the E-Hybrid’s fuel economy is more than twice that model at 76 MPGe (on the European driving cycle – it’s still untested by the EPA). The vehicle puts out 416 horsepower and has an all-electric range of 22 miles if driven conservatively. The Panamera E-Hybrid PHEV has a top speed of 167 MPH, and by most reviews, is tons of fun to drive.

Be the first to comment on "Porshce hopes to sell 10,000 Panamera E-Hybrid PHEV"