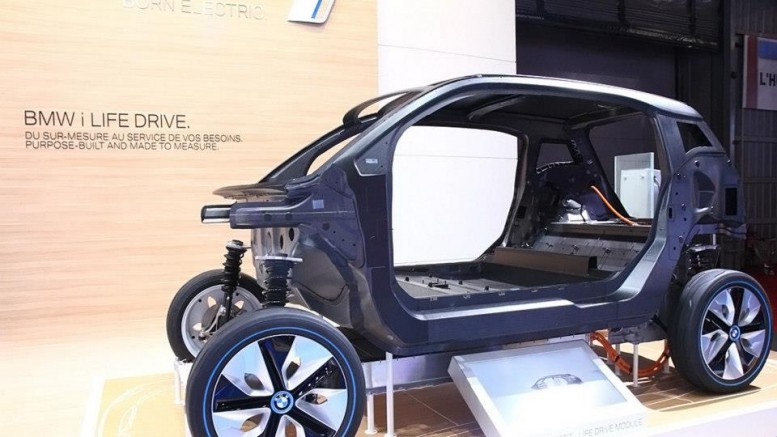 BMW has confirmed with Auto Blog Green that it will show off a new i3 concept next week at the LA Auto Show. Originally, it was rumored the new concept was a BMW i4, but BMW says it is not. The concept of the i3 electric vehicle won’t be the production version, but it will be closer to the production version than the last concept we saw.

There are some items on the BMW i3 concept that wouldn’t be safety-approved for a production vehicle, like the transparent glass doors. This new i3 concept that is set to be revealed next week may have the production, solid doors on it.

The original concept i3 also had no B-pillar. It looks like BMW has been able to keep this feature due to the use of carbon fiber in the body shell. Carbon Fiber saves the BMW i3 over 660 pounds on it’s final weight, and allows for a body style that is strong enough it doesn’t need a pillar in-between the front and rear passenger doors.

At the Born Electric Tour stop in New York City, Tom Moloughney of the BMW i3 Forum snapped some pictures of the Carbon Fiber monocoque i3 shell. You can also see the huge space left under the rear trunk space for the range extending engine.